Marilyn Manson wears this dress where it looks like there’s no top to it and her tits are hanging out.

Some like it hot is a rom/com with Marilyn Monroe as the supporting actress.Not a bad fim over all,some great jokes and Lemmon is spot on.It’s set during the prohibition in Chicago in 1939 i think.There’s a scene at the beginning that i completely forgot about where there’s a high speed chase involving a coffin full of whiskey that gets shot up.For a few minutes i thought maybe there was two films called Some Like it Hot.The two main characters witness a gang executing about 6 guys from a rival gang who ratted him out to the cops and got his speak easy shut down.The guys then go on the run to Florida.The guys are musicians and dress as women to join the band in Florida.One of the guys falls in love with the singer/ukelele player (Monroe) and there’s a lot of clothes switching and hi-jinks ala Mrs. Doubtfire. 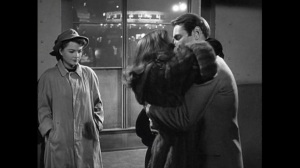 The film’s only 2 hours and 15 minutes long but it took me over six hours to get through it.I stopped it to go or dinner,stopped it for a nap,stopped it get stuff ready for work tomorrow and stopped it to kill a couple of mosquitoes that were flying around the room.What does that tell you about the film?It’s pure dung.Christ i think a two hour video of dung would be better than this,might have gotten through it in one sitting anyway.Here’s the story:There’s an old (40) stage actress who has a sort of stalker fan type (26),she gets taken under her wing.The young one learns as much acting and stuff from her on the fly and gets some connections and eventually takes the old ones place.I guess that’s about it.Marilyn Monroe has a small part,two scenes only,and she’s pretty much playing herself:bubbly up and coming actress,a pair of tits and a smile.As the film nears an end people find out that Eve is a scammer and not who she says she is.