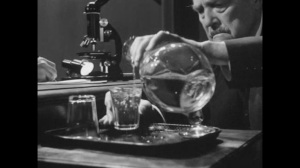 Get the vodka i’m fucking parched.

Wild Strawberries is a German,i think,film about a doctor who is on his way to receive an honorary award for 50 years service. Essentially  it’s a road trip movie,its him and his sons wife in the car initially but they pick up 3 young ones and then a further two more who they boot out of the car for being dicks.But throughout the trip the doctors life is shown with flashbacks and some weird dream sequences.We see that he kind of regrets being cold and keeping his loved ones at a distance.But at the very beginning we see that was has intentions when he was younger.Now that he’s 75 he’s realised he has no friends or companions.Woe is me.Not a bad film overall,good for 1957.